Musangwe is Venda combat that is said to have started in the late 1800s. Musangwe has always pitted villages such as Gaba, Tshifudi, Tshaulu, Ha-Lambani, and Tshidzini. There are no prizes awarded to the winners. The fighters fight for personal pride and the bragging rights for their villages.

Musangwe has grown to be one of Limpopo’s most watched cultural events. It is held annually everyday between 16th December and 1st January. It is held at Tshifudi village next to the cattle deep.

The ground where Musangwe takes place is prepared with charms and herbs obtained from maine (traditional healer). The preparation with herbs and charms is done by the president of Musangwe. The ancestors are told that the Musangwe tournament is officially on. It is said that only one fighter has died in a Musangwe tournament since the tournament started in the late 1800s. The unfortunate fighter died in 1929, and his spirit is summoned at the commencement of each tournament to protect all participants. 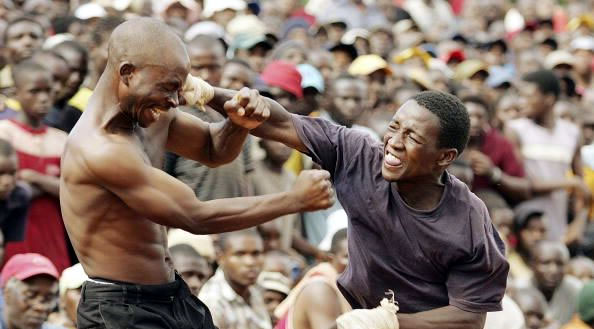 Musangwe’s divisions are not the same as those of boxing which depend on the boxers’ weight. In Musangwe, divisions are graded according to the fighters’ age. The division for fighters below the age of 15 is known as mambibe, whilst the one for fighters between the ages of 15 and 18 is called rovhasize. The division of fighters between the ages of 19 and 22 is called pre-ngwena. From pre-ngwena the best fighters are promoted to a division called phinere. The winner in the phinere division is crowned ngwena (champion) and holds the title for a year until the next musangwe tournament. 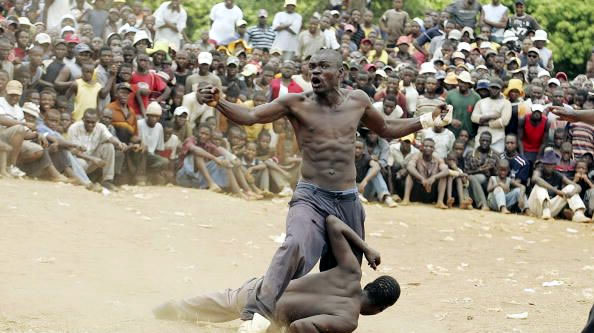